This two week Portugal itinerary was the first  “real” vacation I undertook  other than trips to the  United States or across Canada and a 1-week jaunt to the Caribbean.

So it goes to say that this is where my travel planning addiction was born.  I was going overseas for a full two weeks  and had decided on this small European country as my better half is Portuguese, born on Madeira Island, but left at  the age of 3 and hadn’t been back since.

So off we were to Europe for 2 weeks and it quickly became apparent to me that even this tiny little country was so rich in history, culture and diversity due to regional differences that  there was simply too many things to do in 3 months let alone 2 weeks.

So after deciding on the dates  it now came down to putting the trip together.  After buying a guide at the local bookstore I put it and the internet to good use and soon found out that I would do a self drive tour thereby allowing me the independence to see as many sights as possible.

The small country has a diversity of terrain from mountains to lush wetlands so driving would be long and difficult on most days but I finally decided that for me the must see sights of Portugal were:

I know that there are a ton of sights other than these 4 but I figured that these covered quite a large spectrum of the country from north to south and beyond, and I could throw in a few more destinations along the way and I would be all set.

So this is the actual two week Portugal itinerary I undertook and completed. Click on the links inside the overview for a further insight into each day’s activities with driving times, distances, GPS co-ordinates, photo’s es

Disclaimer: I know, I know, I call this 2 week self drive Portugal itinerary but I’m only actually driving 8 days. So what, it’s a 2 week vacation in total so big deal.

For a complete day to day summary of this trip, click on the above links for each day and you’ll be taken to pages full of useful information with accompanying photos to hopefully help make planning your vacation to Portugal much easier.

There are other suggested itineraries HERE based on your tastes, likes and time you have to travel. As far as my above completed itinerary I of course missed lots of planned destinations but at the same time felt sometimes too rushed in my attempts to see “everything”.

In the end I think I hit it just about right with the mix of historic, religious, beach and city.

What I liked about my self drive vacation in Portugal

Is it hard to do a self drive tour in Portugal ?

Things you need to know before undertaking a self drive tour in Portugal ?

This was my first overseas driving experience but it certainly hasn’t been my last. I have completed an epic 16 day Mayan Discovery Tour and had quite the rental car experience in Italy.

The above itinerary highlighted my interests which I’m sure that while many may be the same, we still will differ somewhat. I also usually allow myself to be in certain places for photography purposes at sunrise or sunset, this may or may not be of concern to you. Hopefully it is. That being said I’ve put together a few best of and Top 10 kind of pages, check them below.

25 Must see places in Portugal 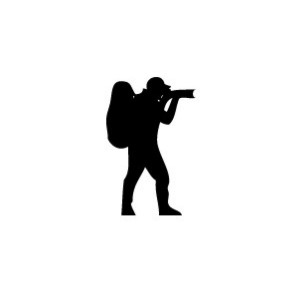 Travel photographer and educator sharing images and experiences from around the world. View some of his work at: alopalchuk.com or visit his educational site at: photographyheadquarters.com
All Posts »
PrevPrevious25 Must see places in Portugal
NextThailand 3 week itineraryNext

This site uses Akismet to reduce spam. Learn how your comment data is processed.